From our very own cooking show “Easy Eats”, to our neighbourhood sports coverage on “Glace Bay Hockey Files”, Seaside is proud to offer you TRULY local TV programming.

Each Christmas, we air our two annual community telethons: the “Jack Bonaparte: Caring-is-Sharing Telethon”, and the “Combined Christmas Giving Telethon”. Through these local broadcasts, Cape Breton families band together to support those of our own communities in need. And for our sports fans, we’re there each year to bring you annual coverage of the “Simon Chiasson Basketball Tournament”, which reunites high school teammates, coaches, and new friends for a fun and competitive week of basketball.

So unlike community channels offered by other Cable service providers, when we say “local TV programming”, we really do mean LOCAL!

More to see on Local TV

Jason LaFrense stepped out of his comfort zone to make such a great show for Seaside Communications Community Channel 10 come to life. For years, he's been the person behind the camera lens, bringing great content to the community channel. His love of food and love for our area gave him the idea for "Easy Eats": A cooking show showcasing the local tastes and talents all around us. He will be the first to tell you that he is no professional chef, but he handles every episode with grace, flair and a big helping of hilarity while being in front of the camera.

With Easy Eats, Jason has taken his passion for food and combined it with his love of the local area, to bring a fun and refreshing show that highlights local restaurants and local ingredients and recipes. This has helped shed light on everything the local area has to offer in regards to food and culinary ideas. 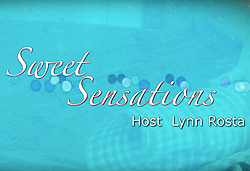 Sweet Sensations has been a long running and well-loved show on Seaside Communications Community Channel 10. Being on the air for 10 years, there have been many recipes and culinary tips and tricks shared with the community. The current host, Lynn Rosta, has been involved with the show for the past 7 seasons. Sweet Sensations makes a point to feature recipes for special occasions like Christmas or Easter, as well as showcasing recipes using local fruit and vegetables. The show has such a following in the community that Lynn gets stopped everywhere she goes to talk about the show, her recipes, and anything else by community members who tune in each week. The recipes highlighted are always big hits!

Lynn Rosta is a self-taught baker and cook. She grew up in a household where everything placed on the table to eat was homemade. Lynn honed her culinary skills by watching her mother, grandmother and aunts work in the kitchen. Her interest in cooking was further nurtured at a young age, where as a teenager Lynn created her first job by holding weekly bake sales in her community. This initiative has transcended into the Community Channel program Sweet Sensations. Sharing her love of food with people makes Sweet Sensations a true labor of love for Lynn. 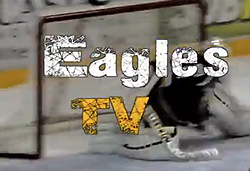 David LeBlanc began his broadcasting career with radio in 1973. He soon became Sports Director while in radio, and covered both radio and TV coverage of sports for over 24 years. Dave's love of sports is clear as he has covered news on hockey, baseball, basketball, curling, bowling, harness racing, and boxing. He has traveled extensively in his career with sports coverage, including going to Bern, Switzerland to cover the World Curling Championship in the late 1970's. Today, he remains active in the local sports community by being the Public Address announcer for the Cape Breton Screaming Eagles, as well as hosting Eagles TV Hockey with Seaside Communications.

Episodes (please click on the link below to view the feature) 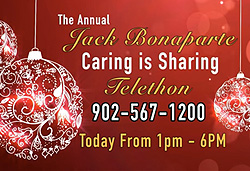 Every year for the past 26 years, Seaside Communications has helped produce and air the Jack Bonaparte Caring is Sharing Telethon in support of the local Glace Bay Food Bank. This is the biggest fundraiser for the only food bank in the Glace Bay area that serves many of those less fortunate. 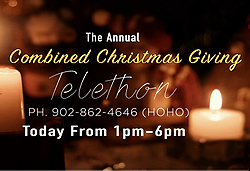 Seaside Communications produces and airs this telethon in the New Waterford area, called Combined Christmas Giving, which sees monetary and toy donations come in to give less fortunate kids the Christmas they deserve.

The following video showcases some highlights from our great shows and features broadcast on our local Community Channel 10. Be sure to also visit our YouTube channel. 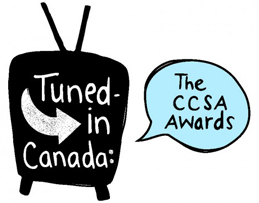 Seaside Communications was the recipient of two very prestigious awards during last year’s “Tuned-in Canada: CCSA Awards”. Tuned-in Canada is a project sponsored by the Canadian Communication Systems Alliance, designed to spotlight the great work done by local providers of television and communications services in Canada. Seaside received its accolades in the following two categories:

Easy Eats is not your ordinary cooking show! The first thing people notice about this show is that the host, Jason LaFrense, is a normal, everyday guy. He’s learning as he goes with every episode and recipe followed, and his responses and actions are completely genuine. Jason plays off his lack of culinary prowess with humour and flair. The episodes continue to be interesting and hold your attention with the locations and recipes showcased, and there’s never a dull moment with Jason hosting.

Seaside Communications prides itself on being local and accessible to all of its customers. Every day, Seaside tries to go above and beyond to making sure customers are well taken care of. Keeping the thoughts of being local at the forefront of any and every decision made within the company has allowed for Seaside to have a bigger customer service footprint in the immediate area. Just ask Blair - that’s why he's a Seaside customer!

Designed to meet your business needs

Please enter a code below to receive a discount.

You have entered an incorrect code, please try again.